What Is a Redeemable Deed in Georgia, and What Is the Redemption Period?

WHAT IS A REDEEMABLE DEED IN GEORGIA?

In “What Is a Redeemable Deed in Georgia?” Ted Thomas, America’s authority on tax liens and tax defaulted property investing, will show you how it’s different from a tax deed and give you a tip on how to maximize your profits with redeemable deeds.

Today, I’ll answer your question, what is a redeemable deed in Georgia?

I’m Ted Thomas, and for 25 years, I’ve been teaching people how to invest in tax lien certificates and tax defaulted property, which are called tax deeds.

I’m going to give you some examples as we go along, and before I finish, I’m going to tell you about two mistakes that investors make regularly at the auctions. I’d like to show you how to avoid those.

What is a redeemable deed in Georgia? This causes a little confusion, but just stay with me, and I’ll explain it.

A tax lien certificate is a very simple process. If the the property owner doesn’t pay the tax on their property, the treasurer will confiscate the property.

WHAT IS A REDEEMABLE DEED IN GEORGIA AND HOW ARE THEY DIFFERENT?

Georgia does it a little bit differently, and there are a few other redeemable states. They do it differently.

If you’re saying, “Oh, my goodness, what is this all about?” well, it’s this.

It simply means a deed usually transfers a property. Like if I were selling my property to you, I would sign a document, and it would be called a deed. So now I’ve deeded the property to you.

If you are selling it to someone else, you deed the property to the third party. The point is, they’re going to issue you a redeemable deed. So what does that mean?

WHAT IS A REDEEMABLE DEED IN GEORGIA’S REDEMPTION PERIOD?

Now you have to wait. After one year’s time, if the property owner hasn’t paid, you will get the property. But most people will pay the tax.

WHAT IS A REDEEMABLE DEED IN GEORGIA’S PENALTY PAYMENT?

There is a penalty in Georgia. What is a redeemable deed in Georgia’s penalty rate? It’s 20%. That 20% penalty applies from day one to day 365.

Any day they come in and pay, they have to give you back all your money plus 20%. So that means you get a 20% return. That sounds like a good deal. Other states should that do the same thing, but let’s stay with Georgia.

If they don’t come in and pay, what’s going to happen? Well, in that case, you can actually start a foreclosure action and take the property. Then you get the property for whatever you paid.

WHAT IS A REDEEMABLE DEED IN GEORGIA’S RATE AFTER 1 YEAR?

Hang on for a minute, because you don’t want to be in too much of a hurry to take the property.

Anytime that you have a situation in Georgia, you’re going to have a redeemable deed.

WHAT IS A REDEEMABLE DEED IN GEORGIA AND WHO SELLS THEM? 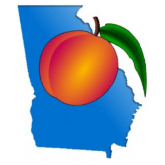 I don’t make the rules. I’m explaining the process to you. This has been going on for 200 years. This is not a new concept.

It’s a little struggle to get started. I’m going to repeat just briefly. With tax deeds, you’ll get the property immediately. With redeemable deeds, you do not get possession, but you get a penalty return of 20%. These are great investments.

Redeemable deeds have been around for a long time. They’re also available in other states.

The local government in the county is going to sell these properties. They’re going to have tax deed sales, and in Georgia they have 159 counties.

WHAT IS A REDEEMABLE DEED IN GEORGIA AND WHEN ARE THEY AUCTIONED?

Every county is authorized to have a sale every month.

If they only have one or two properties, they probably won’t have one. They’ll wait until the next month, but there could be as many as 159 auctions in Georgia every month. So you’re getting the idea.

If you do invest, you’re going to get your money back plus a penalty return of at least 20%. Where are you going to get that in any other investment? You’re probably not going to.

If the property does not redeem, you’re going to get the property. So think about these outrageous returns.

WHAT IS A REDEEMABLE DEED IN GEORGIA? A WAY TO GET PROPERTY!

If you’ll spend a little time with a coach, you can learn to buy certain properties that absolutely will not redeem. If they don’t redeem, then you know you’re going to get the property.

Other people might not come in to pay the tax. If they don’t pay it, you get the property. If they do pay, you make at least a 20% return.

WHAT IS A REDEEMABLE DEED IN GEORGIA? HOW TO PROFIT.

I have students that have purchased over a 100 properties in Georgia. That meant they went to more than a 100 tax defaulted auctions.

Again, I didn’t make the rules. These rules are in place. Are rules going to be important? You’d better believe they are.

My students that really know how to do this, for example, the gentleman that did 100 deals became a coach. Can you imagine learning from a coach that’s done 100 deals? That’s the kind of place that you’d rather be.

The redeemable deeds foreclosure process is a legal process. Don’t worry about it. Actually, it’s all written up, so it’s easy to just send a bunch of mail.

Some people buy property, and they get it at such cheap prices, it’s amazing. I see people buying residential lots for under $1,000 dollars, sometimes $200 or $500.

They buy lots, then they resell them for thousands and thousands of dollars. There are literally hundreds of examples of people doing that.

If this is something you want to do too, get yourself started on the fast track with the FREE Safe Haven Investor System course (valued at $197).

WHAT IS A REDEEMABLE DEED IN GEORGIA COMPARED TO A TAX DEED?

Here’s a question I get, “Ted, if I’m just getting started, should I go for a redeemable tax deed state? Or should I just go with a tax defaulted auction?”

Well, it depends on where you live. If you live in a state that’s already selling redeemable deeds, just stay right there and buy them because you know you’re going to get at least a 20% return.

If you’re in it for the big bucks, most of the investors that are entrepreneurs and are kind of mavericks, what they really want to do is buy at a tax deed auction so that they get the property.

WHAT IS A REDEEMABLE DEED IN GEORGIA AND WHAT IF THEY DON’T SELL?

They’ll probably put them up again the next month because they do an auction every single month. So they’ll try and sell it the next month.

If they don’t get them sold, they’ll put them on a special list. I don’t know what that list is going to be called because there are so many different names for it.

The point is the property did not sell at auction, so the county still has it. You could actually go to the county physically, or you could go online and see if they’ll sell it to you that way.

WHAT IS A REDEEMABLE DEED IN GEORGIA AND MISTAKES TO AVOID

I promised you I’d tell you about two mistakes, so here they are. Now, this is important.

What happens to people at an auction is they get very excited. If you’re excited, you’re going to do things that you normally wouldn’t do.

One of the things that you don’t want to do is raise your hand or your bidder card and try to buy a property if you haven’t looked at the property.

You wouldn’t marry a woman if you hadn’t seen her. So don’t even think about buying a property if you haven’t seen it.

If you haven’t had boots on the ground and eyes on the property, you don’t want to buy it. You just want to let that go by. Because you don’t know what could have happened.

So that’s number one, and number two is very similar.

You get to the auction, and you’re excited. The bidding is going back and forth. You miss the one you wanted so you get to bidding on the next one.

Well, wait a minute. How can you bid on the next one unless you have an exit strategy?

Well, it’s not important to win the auction. It’s important to get a great deal on the property. If you don’t know what you’re going to sell it for, you shouldn’t be buying it. That’s what exit strategy is.

In “What Is a Redeemable Deed in Georgia?” Ted explains how redeemable deeds work.

You get back everything you paid, plus at least 20% interest, and if you aren’t paid, you get the property.

So if instead of foreclosing, you wait until day 366, you could get 30% interest. If you wait an additional year after that, you could get 40%. Or maybe you want to wait even longer to get 50%.

Is a redeemable deed better than a tax deed? That depends on your objective. If you want to be sure you’ll get the property, then a tax deed would be better for you.

If you are interested in buying redeemable deeds and getting the property, Ted and his coaches can teach you how to look for properties that won’t be redeemed.

For over 25 years, Ted Thomas has been teaching students how to invest in tax defaulted property, and many of them have gone on to become very successful.

Ted has a team of experienced coaches and guidance facilitators helping students every weekday with research and auction preparation.

Ted Thomas coaches dispense expert advice in weekly Q&A webinars about tax liens and tax deeds. Nobody offers more support. Ted is the only one who has a complete support system to ensure you have the best chance at success.

If you want to start your education today, you can do that absolutely FREE by getting the Safe Haven Investor System course (valued at $197), as Ted’s gift to you.

Safe Haven is 2 hours of streaming videos and a 100-page illustrated manual that teaches you all about tax lien certificates & tax deed investing. So be sure to get your FREE Safe Haven course today. 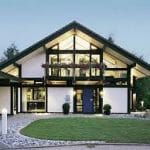 Short Sale Tips from an Expert in the Field

Looking for a Short Sale Expert? 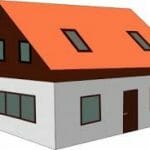 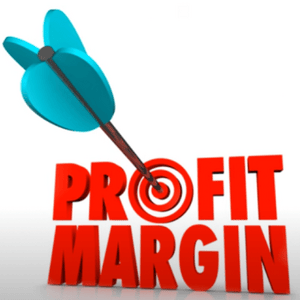 How to Make Passive Income With Real Estate 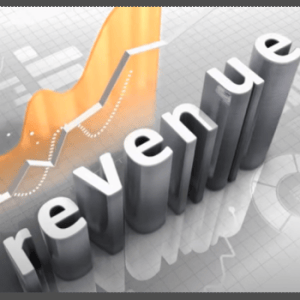 What is a Property Tax Lien? 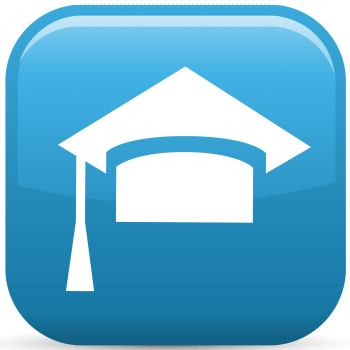 $100K in 12 months.
From Home.
Free Report
Shows You How
We use cookies and other tracking technologies to improve your browsing experience on our website, to show you personalized content and targeted ads, to analyze our website traffic, and to understand where our visitors are coming from. By browsing our website, you consent to our use of cookies.
Accept & Close