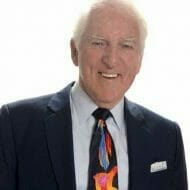 Ted Thomas is a specialist at teaching Advanced Tax Lien Certificate and the Tax Defaulted Properties Auction processes and concepts to investors and professionals.

Ted Thomas’ tax defaulted property certified coaches will help you research and find where are the most profitable real estate investments.

Each student receives personal attention from a coach that has a proven track record of making money through Tax Lien Certificates and Tax Deed investing.

Having a Certified Coach guiding you through all the angles of leveraging Tax Defaulted Properties makes the difference when you need experience on your side.

Tax liens and tax deeds investing can be overwhelming when done alone. A coach simplifies the investing process. 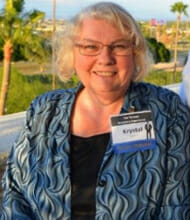 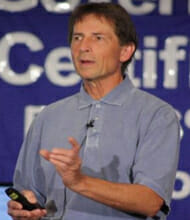 Bob Schumacher and Ted Thomas met way out in the “wild west” many years ago.  Bob wanted to change his future, financially so that he could be able to explore beautiful nature all around the world.  Ted Thomas gave Bob the opportunity to become successful… and Bob turned his dreams into a reality!! 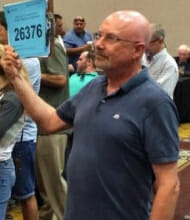 Bill Williams quickly realized the hidden opportunity that Ted Thomas was providing to his students and he jumped at his chance to be successful in this almost secret business. 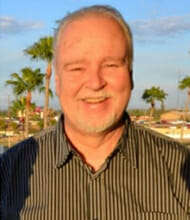 Thousands of clients have carefully evaluated Ted Thomas’ program – and have chosen to become associated with the leading authority- Thomas’ Home Study Materials are international best sellers and draw clients from Europe and South America.

After watching his parents work hard their whole life and die almost broke, Thomas decided it was time to dedicate himself to finding an investment strategy that would help senior citizens, as well as young people, avoid humiliation of not having enough money.

In two years of researching and traveling, Ted has visited thirty states and hundreds of counties.  He has interviewed dozens of government – officials, county treasurers and real estate investors.  From that effort has emerged the most comprehensive program for low risk and high yield returns available in the U.S.A.  These discoveries are almost hidden government programs that yield up to 25% interest.  Surprisingly, these government-sponsored programs have been almost secret for decades.

Krystal and Ted Thomas are the dynamic duo-they have been working together successfully since 2002.

On this webinar,you can ask your questions and have them answered live.

For more than a decade, this was a telephone call requiring long distance fees, now you can still call, but for internet users you can join the webinar with no long-distance cost from anywhere there is an internet connection.

For more than 10 years, Coach Krystal has been there for the students answering important and vital questions.

Some say Krystal is a natural born teacher certainly she is a true leader, very caring; she nurtures her students to success. Students can depend on her to give insightful and comprehensive answers to their questions.

Since Krystal began coaching for the Ted Thomas team, she has taught hundreds of successful students.

Bob Schumacher and Ted Thomas met way out in the “wild west” many years ago.  Bob wanted to change his future, financially so that he could be able to explore beautiful nature all around the world.  Ted Thomas gave Bob the opportunity to become successful…and Bob turned his dreams into a reality!!

He liked Georgia because in most cases the investor either makes a 20% return on investment, or gets the property.  At last count, he had purchased nearly 200 Georgia tax deeds.

Ted Thomas compares Bob’s investing style to that of a baseball player who gets lots of singles and doubles.  Many of his tax deeds were relatively inexpensive, and produced consistent modest yields.  Scattered in with those singles and doubles are a few home runs, properties that have made five-figure profits.

One property that he bought in 2015 for $5,000 made a profit of more than $26,000.  Gains like that might not make you quit your day job, but they’ll certainly help you sleep better at night.  With a degree in forestry and many years of field experience, Bob is an expert at locating and analyzing vacant land.  He bids on houses when the opportunity arises, but most of his research focuses on land.

At many tax sales, there are more bidders looking for houses than land; as a result, some of the best bargains are in land.  Bob has taught his techniques to many Ted Thomas students, through seminar presentations, coaching, and even at Buying Tours.  Investors, who learn from Bob, have a competitive advantage over the average investor looking at buying land.

Bill Williams quickly realized the hidden opportunity that Ted Thomas was providing to his students and he jumped at his chance to be successful in this almost secret business.

Bill owns a media production company, In 1998 Ted Thomas came to meet Bill to edit some video.  In 1999 Ted personally coached Bill and took him to a tax lien certificate auction which gave Bill the confidence to bid at that auction, and the next day he was the winning bidder on a 16% tax lien certificate. Bill then bought his first tax deed in 2000.

Having learned from Ted, his visiting professors, hundreds of hours of video recordings, and researching and bidding at auctions, Bill now works with Ted to instruct and coach others about the lucrative business of investing in tax defaulted real estate.

When Bill began coaching several years ago Shannon from Alberta Canada was one of his first coaching students.  At Shannon’s first auction in King County Washington she bought a property for about $34,000 and sold it for $135,000.

Samantha, also from Alberta had Bill as a coach, purchased a property in Washington for about $9,000 and sold it for $27,000.

Both new investors accelerated their success due to the guidance and encouragement they received from having a personal coach to answer their specific questions and give them the confidence that they were on the right track to make a good profit on their first deal.

Bill lives and works in Michigan and spent most of his adult life in the retail business.

Bill was looking for a higher return investment that was less time intensive than retail – That’s when he discovered Ted Thomas and the low risk, less work and higher profits possible buying and selling tax defaulted properties.

Since Bill began, he has made more than 70 tax defaulted property deals, and has been to 41 live auctions in 5 states.

Bill quickly became an expert at buying very low cost properties worth many times what he paid for them… BUT, he wasn’t selling them. Bill knew how to BUY, but he didn’t know how to SELL… until he got a coach.

Coach Krystal was Bill’s coach, and she gave him a kick in the butt and showed him strategies to sell the properties. Bill has now sold most of those properties, and is still an active investor.

Bill tells the process he uses to succeed investing in tax defaulted properties at Ted’s workshops and is one of Ted’s personally trained certified coaches. He most enjoys going to a live auction tour with Ted’s students.