Ted Thomas discovered the tax lien business 30 years ago and wants to help you turn a profit today. You might be wondering how tax lien investing works and why it’s worth it.

You may watch the video above, or if you prefer, read the transcript below.

What Is a Tax Lien?

A tax lien is a legal claim against the assets of an individual or business that fails to pay taxes owed to the government. For example, when a property owner does not pay their property taxes, the city or county where the property is located has the authority to place a lien on the property.

The collection of real estate property taxes is a major top priority in every taxing district in the USA. If a county were unable to collect those taxes in a prompt fashion, it would be unable to supply the public with essential services such as fire departments and schools for our kids.

To avoid this problem, all counties in 26 states throughout the United States will position a tax lien on any residential or commercial property with overdue property taxes and then offer the delinquent tax financial obligation to financiers.

You can jump onto the county website, search for these tax liens, and purchase them through a tax lien certificate.

In the old days, you would have to take a trip countless miles across the country to auctions if you wanted to buy tax liens. Now you can do your tax lien investing from the comfort of your own house utilizing the web.

In many cases, investors can purchase the property tax liens from a municipality, allowing them to collect payments from the property owner and take ownership of the property. In some cases, they may foreclose on the property with the intent to acquire the title.

This is where the investment opportunity takes place, as you can make money back and an additional percentage in interest based on the county and location of the property. For instance, you can make an extra 18% back in Florida. Or you can make as much as 36% back in Illinois.

The main advantage of tax lien investing to the brand-new or smaller sized investor is that there are many countless tax liens for sale at every spending plan level.

Why Tax Lien Investing Is Safe

Basically, you are buying from the government. When they have actually gathered the past due taxes, you will send them the tax lien certificate, and in return, they will send you a check covering the cash you paid for the certificate plus any exceptional interest.

With inflation on the rise and large numbers of Americans now searching for much safer investments for long-term wealth preservation, the majority desire greater returns than they can get from putting their money into bank CDs.

Numerous investors are seeking information about tax liens, as investing in tax lien certificates will allow you to earn safe, annualized returns all ensured by the government.

In conclusion, with tax lien investing, everybody wins. The county gets their cash. The tax delinquent taxpayer gets more time to pay their currently unpaid property taxes, and the financier gets a real estate-secured, high-yielding investment that pays an annualized return as high as 36%.

Please browse our website for more information about this fantastic investment opportunity and take advantage of our library of educational videos to start investing today! 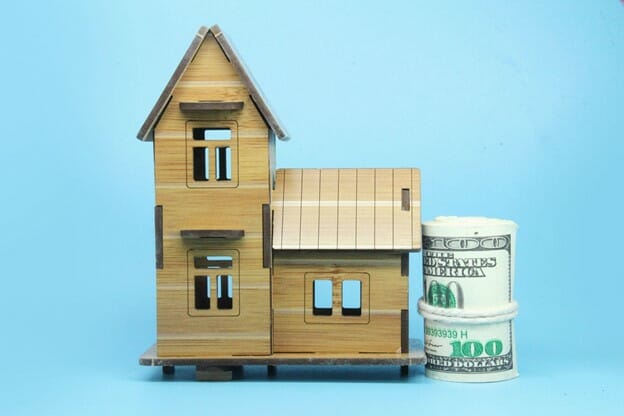 Ted: Well, I was fortunate to discover this business 30 years ago. It’s been around for 200 years. But I kind of ignored it, everything that I talk about is 200 years old. But 30 years ago, I discovered that there was a business where there’s millions of properties in the United States, but a small amount of people don’t pay their tax.

Ted (cont’d): They put it in the newspaper and they put it up on the county website. Now, anybody can buy that certificate and pay the defaulted taxes. Now, why would you want to pay someone else’s defaulted taxes? You say, “I don’t want to pay my own tax, let alone paying somebody else’s.”

Ted (cont’d): All right, well, you want to pay the taxes because if someone paid my tax, what they could earn is, in Florida, for example, they could get all their money back when I pay, and most people are going to pay, they’re not going to lose a house. All right, they’re going to pay. When they pay, they have to pay up to an additional 18%.

Ted (cont’d): Now why did I really love them? Let me tell you this. Nobody’s going to believe me, but this is the true deal, all right? The county issued the certificate, the piece of paper, right? They issued it. So that means if I’m now an investor, so let’s put our hat on, now we’re an investor.

Ted: So I invest with the government, I get a check back from the government. And I know what you’re thinking. You said, “Wait a minute, Ted. “If they wouldn’t pay the government, “why on earth would they pay me?” I’ll tell you why they’ll pay you. Because if you own this certificate and you don’t get paid, you get the property without a mortgage.

Ted (cont’d): I know you don’t believe me, but it’s the law in all 3,000 counties in the United States. If the person doesn’t pay the tax certificate, you get the property without a mortgage. I don’t make the rules, I’m just telling you the way it goes.

Randy: So if I’m hearing this correctly, I’m investing in, I’m basically paying the taxes on your house, but that’s my investment. And that’s working for the city because, or the county or the state, because obviously they need money to run things, the fire department. And then, I’m basically, when you do pay your taxes, it’s really coming to me, ultimately, plus that 18% or so. And then if you don’t do that, I get your house?

Ted: That’s the law in the United States of America and it’s been that way for 200 years.

Ted: I didn’t invent it, I just discovered it 30 years ago. I said, “Wait a minute. What are they going to do?” If I can buy… You know what happens? If you raise your hand like I’m doing now, and you buy that certificate, you go home and you pray that they don’t pay. Why? If they don’t pay, you get their property.

Randy: You get a house.

Ted: For just 1% of back taxes. How would you like to have a property for 1%? I don’t make the rules.

Randy: This sounds kind of interesting, Ted. And let me, if the folks watching, you want to hear more about this, what’s the best way? What’s their next step?

Ted: Easiest thing always to do is when you’re watching me, folks, I have a website. It’s called tedthomas.com, simple as that. And we’ll show you tons of stuff there, lots of videos and whatever.

Randy: Great. You might want to head there right now. Again, that’s tedthomas.com. Check it out and we’re going to talk some here and you’re going to get a chance to learn some more when you watch some of those videos. So check it out.

Want to learn how to make money in real estate from tax lien investing? Would you like to buy mortgage-free homes for pennies on the dollar? Or earn double-digit interest rates secured by real estate? Then you don’t want to miss this FREE Auction List offer. 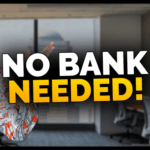 What Is A Tax Lien On A House? An Opportunity for a Savvy Investor 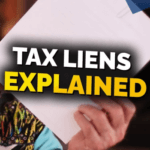 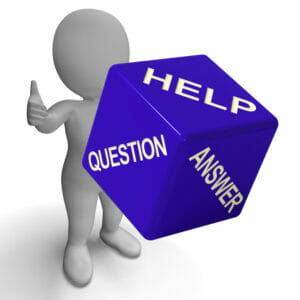 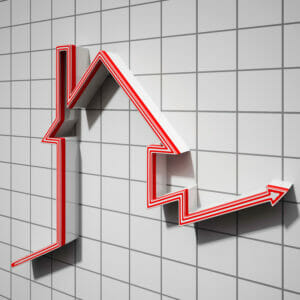 How to Make Money Monthly by Investing in Bargain Real Estate 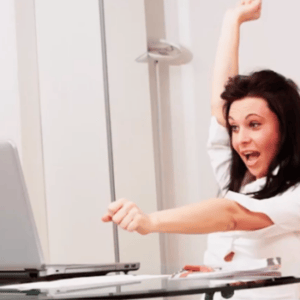 How Can I Make Extra Money Online?

Ted Thomas
4.9
Based on 170 reviews
See all reviewsWrite a review

Mia LeBlanc
04:54 13 Jan 20
Alma and Doug are my aunt and uncleit is Mia her nieceI love them bothshe gets far in her life and so douse Doug. I love them both .

Nick Oliver
11:07 06 Jan 20
I attended the three day day workshop in Florida in December 2019. Great teaching by Ted and the visiting professors.The environment teaching and interaction with the materials and other students is invaluable. If you are sitting in the fence about attending.... don’t . Commit and move forward

Tirrah Thorp
06:05 02 Jan 20
Learned lots of new things and it was great to meet other students!

CatNic Investments
22:41 17 Dec 19
I learned a lot and am impressed with the knowledge, training, and support of Ted Thomas and his group. He has information on real estate opportunities that I wasn't aware of, and a method to make money. Thanks all!

Gabriel Mazza
17:03 17 Dec 19
Amazing event! You could say life changing! The information I learned will make me money for the rest of my life! Highly recommend to others! Ted is the expert when it comes to tax deeds and tax liens!

Charlene Bonas
19:27 16 Dec 19
it was such a pleasure attending the Ted Thomas 3 day work shop.It was very professionally done and all the staff and coaches were so polite and helpful.One thing was so outstanding to me was the great amount of respect shown to Ted from the coaches and even the younger staff members.Nothing was too much or too little to assist Ted.I do thank you for the great and valuable opportunity and do look forward to the new year with Ted and his group by my side.ThanksCharlene

Marcia Hagen
14:26 04 Oct 19
We learned a great deal about this business each day and we were able to meet the real experts. We were very inspired by the motivational speakers.

Fred A.
13:11 06 May 19
Ted Thomas program and 3 days workshop had offered a lot of tips and clear instructions for a business that could be very confusing and tough to figure out alone without clear guidance and examples. All the learning tools are very helpful and informative. Recommended if you want to learn from a trusted source about tax lien/deeds.

Bill Roth
16:20 18 Apr 19
Ted Thomas"s program teaches you everything you wanted to know about purchasing Tax Deeds and Tax Liens for pennies on the dollar. I have been with Ted's program for a long time and always learn something new every time I attend one of his workshops. I have purchased multiple tax liens in Florida all at 18% and several properties in Michigan at tax deed auctions. I live in New Mexico where all liens and mortgages stay with the property, so every time I travel I am looking to using my training from Ted to purchase more liens and deeds. Anytime I need assistance I can call Ted's office and talk to his wonderful staff where I receive help anytime I need it. This is a proven program where you can make money from home spending as much time as you want. Bill Roth, Albq. N.M.

Paul OFlaherty
01:16 17 Apr 19
Ted Thomas is an outstanding teacher & is a veteran tax deed investor. The entire Ted thomas team are consummate professionals. Budding investors should definitely go and get educated & attend their events, your future self will thank you!

Lorelle Mansfield
01:33 16 Apr 19
I thoroughly enjoyed the 3-day auction preparation workshop. Lots of valuable information was presented, and the speakers made learning fun!

Susan Fish
00:04 16 Apr 19
My husband and I were impressed with the professionalism and the overall organized flow of the 3 day workshop. All of Ted's team were professional and extremely knowledgeable. The legal component on the final day may have been a little longer than needed for the students at this level.