Ted Thomas: I’ve been showing investors the secrets to successfully buying tax lien certificates and tax deeds for over 20 years. It’s rare to find a 19-year-old with the confidence to begin investing in tax lien certificates and succeed so quickly. Darren Olstad is such a person. He attended a Ted Thomas workshop conducted in Edmonton Alberta, Canada and within weeks he went to an auction. I asked him to present and explain his experience at one of my events and here is part of his presentation where he discusses the fundamentals of tax lien certificate investing. 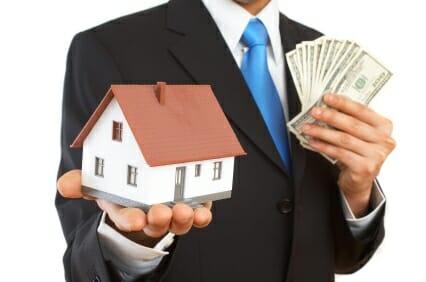 Darren Olstad: So let’s get into the fundamentals of this business. Who knows why tax lien certificates are issued? County services, more specifically, need money. But the money goes to the municipality because they can’t run on a deficit so they have a budget.

If you’ve ever sat on town council you know that it’s just numbers. Just like running a small business, the town could be a small business or a big business if it’s a big city. The second thing is the tax lien certificate is issued because when somebody doesn’t pay their property taxes, what happens? No money. If you run a small business and you have invoices out and they’re not paying you, what happens to your bottom line? It goes down.

The municipality then steps in and they can issue a tax certificate or a tax deed. It can go to auction. Now the timeframes in here are all different based on each state to which you’re going to ask the questions that you’ve been learning about. It goes to auction. Investors can come to purchase it. If an investor doesn’t, what happens? It can go back to the county. The investor purchases it, then a timeline can come on if it’s a tax lien certificate and we’re going to wait for the redemption period to pay up. If they don’t pay up during the redemption period, the property owner fails to redeem it and it can go to foreclosure and it actually will revert back to the investor.

If they don’t redeem the property, you’re going to end up with a lien that’s free and clear. What is a lien? At law, a lien is a form of security interest granted over an item of property to secure the payment of a debt or performance of some other obligation. So in layman terms, it’s a debt with some type of performance that has to be satisfied, and it’s secured hopefully by an asset. First mortgage, second mortgage, I will keep this real quick here. This is the title on a property. Is this title worth anything? If the property is worth something otherwise it’s not worth the piece of paper it’s written on.

No, because he’s in first position. He doesn’t care about anybody else. He’s the big shot in town he gets to foreclose on anybody, he doesn’t care. It doesn’t even matter if he has owed 10 cents, he can foreclose anybody. If I’m Mr. Second Mortgage and I’m going to get foreclosed on by the tax *0:04:41 what can I do? I could pay the taxes and I’ll bet that accounts for probably 90% of properties that don’t go to sale. The mortgage companies will advance the taxes and that’s also how come a lot of the times the mortgage company wants to pay your taxes for you. You pay them they pay their taxes so that they know it’s being taken care of.

But literally, not so much now but there has been a lot of small banks merged into large financial institutions they were still on the old paper trail system and they would have a folder with your mortgage that stuff gets lost. And what happens when it gets lost? If the homeowner’s not paying and they’re not paying it’s going to tax sale. So that’s an example of how properties get to tax sale. People say, oh it’s there at the auction for a reason. Well it is there for a reason but probably other than you think.

If you would like to learn more about tax lien investing, join our free masterclass Wealth Without Risk today, by clicking here. 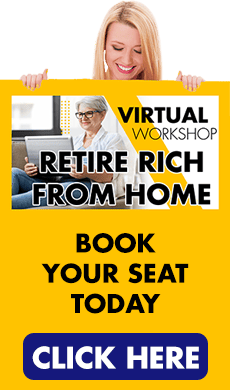